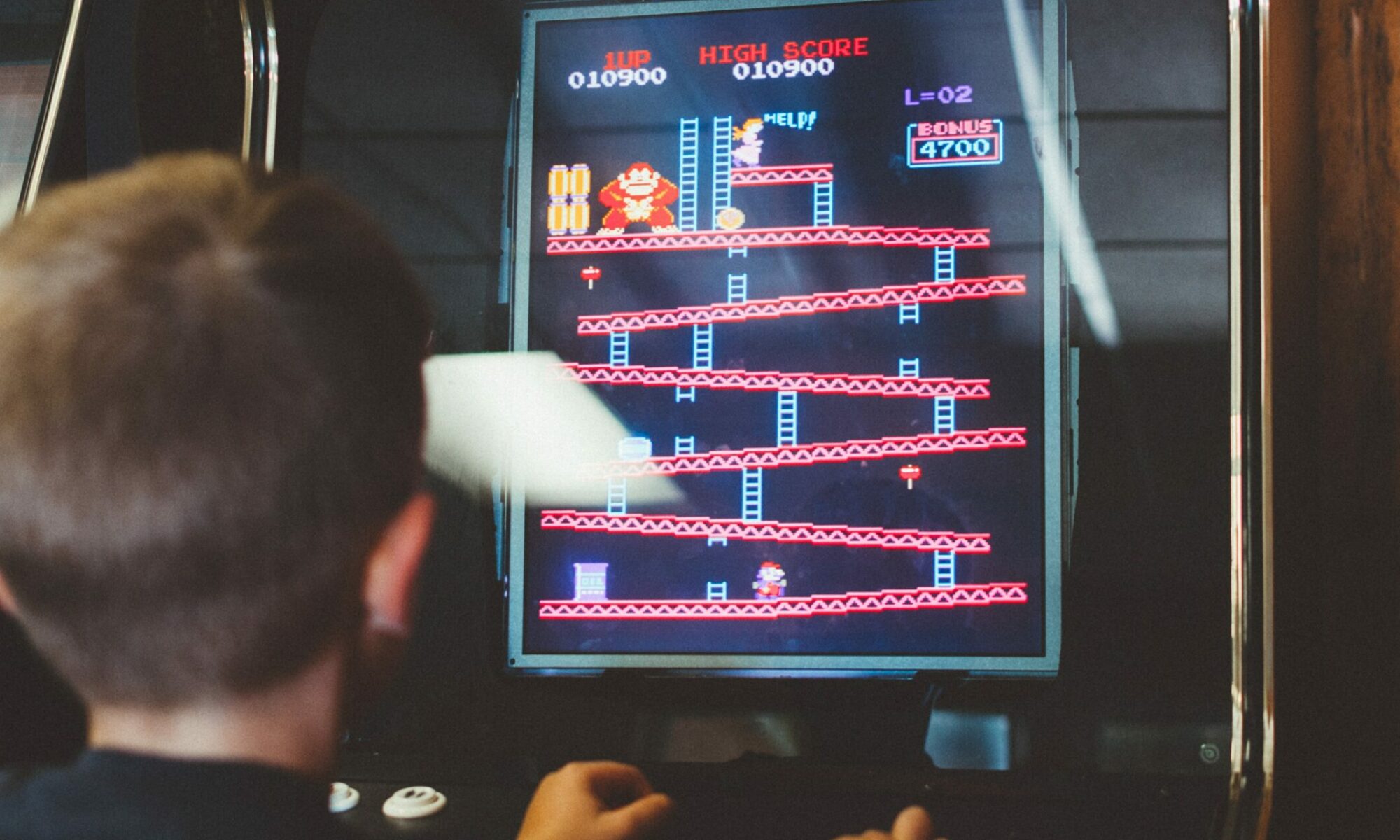 I wouldn’t say I grew up in a bar…

But there were a few formative years where I spent a lot of time in one.

Fiddler’s Green: a dive bar with an attached restaurant on Center street.

My dad’s best friend was the bartender, so he always sat at the bar and ordered what he referred to as “pretty drinks:” bright red and orange cups of juice disguised as cocktails, so he could just hang out, sometimes for hours.

And he’d bring my brother and me.

We’d almost immediately go to the back room where the arcade games were — Donkey Kong, Asteroids. The best was pinball because we could make it last the longest.

We hit up everyone for quarters and they loved giving them to us. It’s certainly worth 25 cents to put glowing smiles on a set of perspiring 8- and 10-year-olds.

There was Cocoa, a gorgeous black women with an afro who always wore fancy clothes, perfume and heels and who delivered an oversized hug that was so squishy and immersive, we’d blush.

And Louie, a biker dude with an insane resemblance to the mumbling wrestling icon Randy “The Macho Man” Savage, both in appearance and speech. He breathed heavy breaths like he’d just come up the stairs, and he wore t-shirts with the collar and sleeves ripped out. He once took us out in his sparkly purple dune-buggy and drove us around town, flying through gas stations on the corner to avoid the lights. He became a God after that.

Another regular, The Governor, an impossibly old, emaciated white dude who rarely talked but when he did, the whole bar would stop and wait for him to sound out 5 or 6 stuttery words, and then belly-laugh in unison. The Governor once gave us a dollar in quarters and I remember my dad taking me aside and saying, “That’s a big deal that he did that for you boys.” And I didn’t know if he was Mafia or just flat broke.

And of course, Ray, the bartender who, for some reason, loved me like his own son. I could see it in his smile and feel it in his hug. When a good song would come on, he’d come out from behind the bar and dance. “It’s all in the hips, Clifford.” And when we ran out of quarters, sometimes he’d open up the machine and give us a bunch more. He came to my soccer games and would run up and down the field yelling my name louder than anyone else.

When we ate food, which was rare, we always had the same waitress, who I definitely had a crush on. She had all the jokes and was always in a good mood. We’d order baked stuffed clams which I didn’t love but I loved how much my dad liked it when I ordered them so we’d get them a lot.

I must have drank a tanker-truck full of Coca Cola’s in that place, delivered through Ray’s magical soda hose that could summon any carbonated beverage we wished. We got Coke’s mainly but, on occasion ginger ale for Shirley Temples.

I remember Fiddler’s as an explosively happy place, with people yelling my dad’s name from the other end of the bar, everyone buying each other drinks, and laughter after almost every line.

I was too young to realize people were hammered, hiding out from their spouses, nursing really bad habits, stowing away their baggage until closing.

And isn’t that what it is to be innocent: to lack context, to reside in the beloved expanse of wonder prior to the intrusion of insight?

I was a kid. I had no idea what that crescent moon-shaped mirror was doing laying flat on the back of the toilet. Or why people came out happier than they went in.

All I really cared about were the video games, Cocoa’s legs, finagling more quarters, and drinking as many sodas as I wanted.

But the other stuff was seeping in too. I realize that now.

Whatever drove people to the bar certainly never found its way into the bar.

Fiddler’s was a refuge and when you eliminated the factors that got people there, you were left with all the good things: hugs, laughter, love, generosity, forgiveness, and plenty of room to dance like nobody’s watching.

We mastered Donkey Kong and every pinball game that cycled through there. Never could figure out Asteroids…

And, those in-between moments, when I would climb up onto a bar stool and my dad’s heavy hand would land on my head while Ray poured me a Coke?

Those were good too.