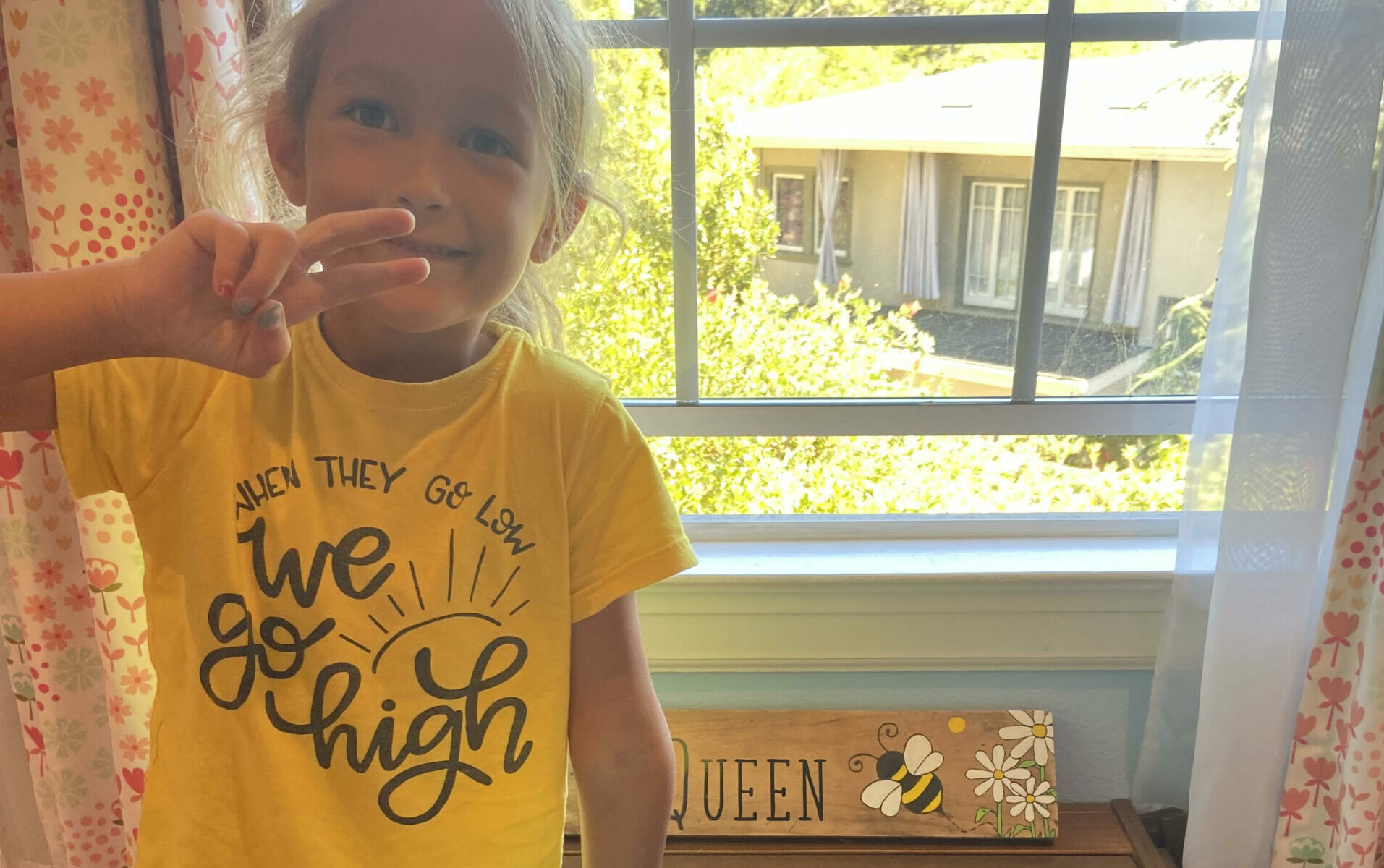 My daughter is an empath of the highest order, Jedi-level capabilities.

When it comes to emotions, she’s as absorbent as a sponge, silently sitting there soaking up the mood molecules around her.

There is a disturbance in The Force, father.

When someone is down, her excuse-me’s and thank-you’s come out in full swing. She’ll drop a hand on your shoulder when you’re hurt. She cries during TV shows, like when the dad dies or when the teen gymnast gets news from the doctor that she can’t perform anymore.

And it works the other way too: If anyone else in the room is excited, she will ratchet that joy up to level twenty-five.

It’s like she’s constantly pulling in the air around her and everything in it, seen and unseen, ingesting the tornadoes of others. And launching them out at even faster speeds.

We have to usher lingering negative emotions out of the house. Otherwise, they start to infect her.

Holding up the weight of the world at the age of 6. Clearly a chosen one.

Born with a gift but burdened by it at the same time because the world and all of its inhabitants will forever be imperfect.

Flying into the storm with fists and gritted teeth.

Such is the fate of our heroes.