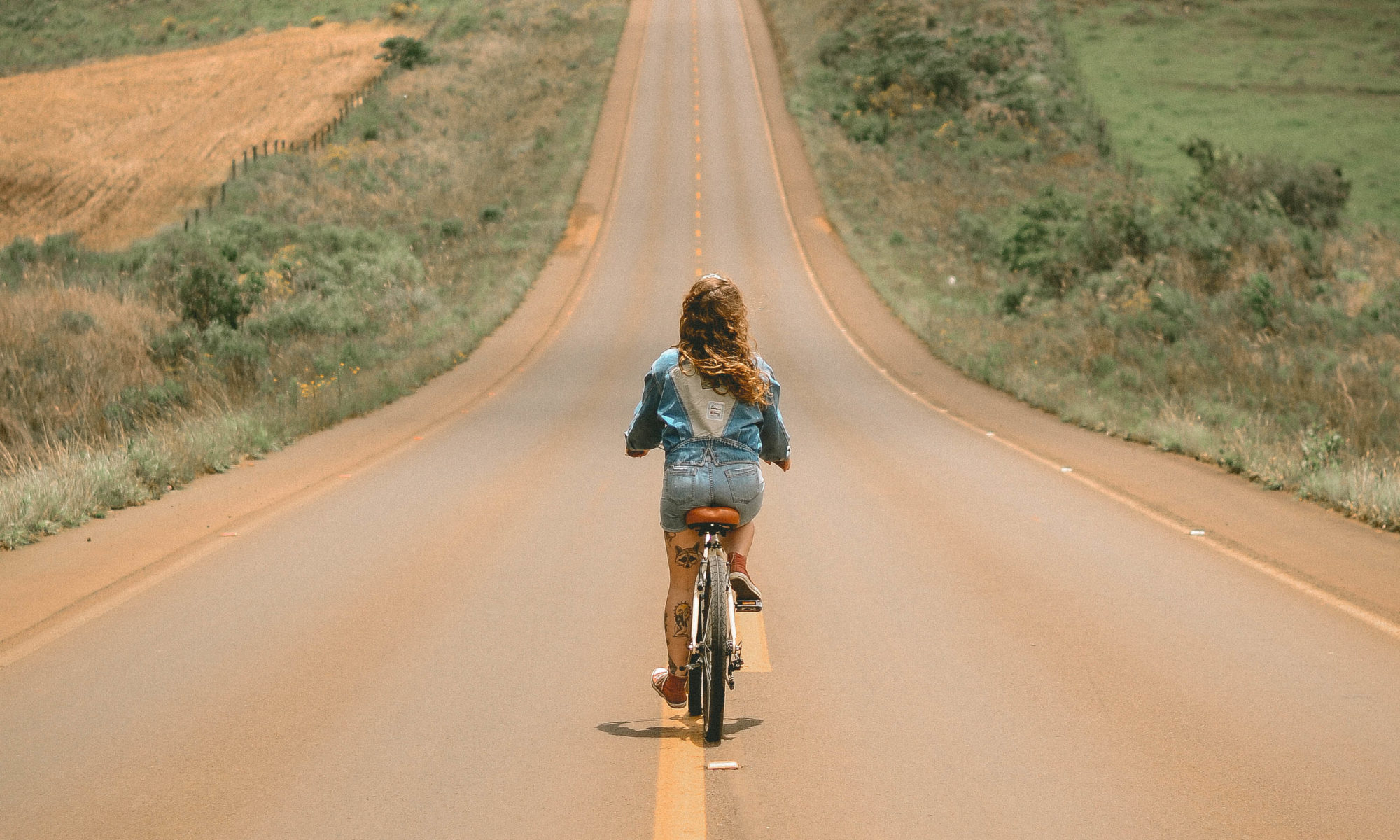 When Evaline was a kid, I took her down to Jack London Square where the pavement runs straight for a good half mile. We brought her bike, which she barely wanted to touch, hadn’t touched since we got it.

It was early enough that there weren’t many people out, just us and the straightaway.

From the look of her first ride, I thought she’d never get it.

But, oh, what progress you can make in an hour!

By the time the crowds came in for brunch, I was keeping her balanced with just 2 fingers under the seat.

And she could feel it too. She’d look back with a smile on her face so wide, I couldn’t stop smiling, myself.

And then the moment:

I let go without telling her and looked on while she pedaled away. For a rare few seconds, I was the only one with the secret, a moment precious enough to be a painting.

And then reality set back in and I saw the bumps in the road. I saw the people coming in from the sides. I watched her front wheel wobble.

And I ran after her.

She’s a teenager now — 16 — and the potholes are way bigger, the crowds thicker, and the road is anything but straight. I can’t see around these damn corners and she’s going so fast…

But even if I could keep up, she doesn’t want me running alongside her anymore.

This may be the hardest part: standing still while she pedals away. Out of my sight except for glimpses of her at the intersections: a flash of color, that wild hair.

I have some solace though: a plan I hatched when she was born.

They made me cut her umbilical cord but they sure as shit can’t stop me from building another one.

I’ve been pouring everything I got into that thing. For years. My body is drained and weak from all the work I’ve been doing, a big red stream from my heart to hers, a lifeline only I can see, but I know she can feel.

This umbilical cord is different. It can stretch miles. It can go around corners, weave through traffic, squeeze through keyholes, go underground and into the dark places that I know she has to go into but sure as shit don’t want her to. My new umbilical cord is amazing.

The only thing it can’t do is conduct soundwaves. I know because I’ve hollered into it until the vein in my neck popped out. Nothing like that gets through.

Only the quiet stream of things right out of my heart. That’s what works.

Know how I know?

I’ve been standing here for a while now. Out of a hundred intersections, I swear I saw her look back at me. It was only once or twice, but I saw her head turn, her hair shift in the wind, the whites of her beautiful eyes. I know I saw it. I can’t be wrong.

It’s got to be working.